There are future dates

Coming from the back roads of southern Oregon to then moving to city streets of southern California to follow his passion of being a singer, Adam Knight brings soul to a whole different level. Equally singing soul, pop, acoustic, dance music. Adam brings many elements into his sound to captivate his audience. With over 35 million streams worldwide, charting on the radio in several countries multiple times. Adam is one of the most successful artists to come out of southern Oregon.

Aura Walmer is a Southern California native with an eclectic taste in music and unique vocal stylings. Covering a wide variety of songs, she plays anything from bluesy soul to jazz to pop and beyond. She loves crafting fun arrangements of old rock tunes and contemporary song, with some improvised scatting. She hopes to make people happy with her music!

June | 10:30am
Family-Friendly Fridays with Tim

Stand-up comedy, world class juggling, and large eyebrows make for a show everyone will remember. Off the cuff comedy means each show will be different and makes for a one of a kind comedy show. Laugh and have fun with the all star comedy juggling of Sam Malcolm.

The MadManDan Show is “comically kooky” fun for all ages—an action-packed extravaganza of witty banter and cheeky contortions. Watch as Mad Man Dan passes his body through a tennis racket, juggles clubs with great dexterity, and puts his hat on his head with his feet.

This Stream is brought to you by
Seaport Shoe Company

Originally from Honolulu, Hawaii, Lyla Jett moved to San Diego in 2017 to expand her musical opportunities. Since then, she has quickly grown to be a highly requested solo artist in the industry - opening for concerts & shows at The Hotel Cafe in Los Angeles, The Music Box, and even the Sea World Seven Seas Festival. She extensively uses a loop pedal to layer on melodies, percussion, bass, and harmonies with her electric guitar. To hear more, you can check out her very first single "P.O.V." on all streaming platforms.

June 20th | 1pm
Discover what ocean animals can teach us about survival! Explore tools and everyday items in your home that mimic ocean animal adaptations!

Steven Cummings and Gina Shiotani are practitioners and instructors of acro yoga and partner acrobatics based in the Pacific Beach neighborhood of San Diego. Steven is former Army officer and recent graduate of the University of San Diego with degrees in Business and International Relations, and Gina owns her own Pilates studio, Om Spot, offering private and group Pilates and acro lessons. Together they teach and perform locally and internationally -- follow their journey on instagram: @acrothornado & @flyginapie.

June 11 | 6pm
Aura
Aura Walmer is a Southern California native with an eclectic taste in music and unique vocal stylings. Covering a wide variety of songs, she plays anything from bluesy soul to jazz to pop and beyond. She loves crafting fun arrangements of old rock tunes and contemporary song, with some improvised scatting. She hopes to make people happy with her music!

This Stream is brought to you by
Pier Cafe

May 29 | 10:30am
Story Time with Tim Kern
The Spaceship That Fell In My Backyard

This Stream is brought to you by
Pier Cafe

This Stream is brought to you by
Del Sol

May 15 | 10:30am
Story Time with Tim Kern
Dangerous Ladder Act with The Goo

Sevys natural tendency to bump into walls and trip over even the tiniest thing lead them to the life of the clown. Ever since this realization, Sevy has decided to do ridiculously dangerous things for the greater good of humanity. Whether it’s balancing on a wine bottle on top of a ladder and juggling knives or ever making the most extremely goofy face until it gets stuck, Sevy is ready to make it happen. When Lucy was four she declared she was going to be a clown and ever since then she has been following that path. Dedicated to the art of ridiculousness she spends her time with rubber chickens and sock puppets. You usually can find Lucy bringing circus magic to the San Diego Safari Park and Zoo or stilt walking all over the USA. She has taught circus arts for social justice at camps for inner city kids, and has used performance as a mode for healing on the Tijuana border, rural Costa Rica, Thailand, juvenile detention centers and in hospitals. Lucy, is always searching to sparkle the mundane and bring out the inner child in everybody! Sevy and Lucy have been a clown duo for 4 years! Traveling Thailand and Mexico, performing for migrants and refugees. They also bring their epic stunts to the San Diego Safari park and zoo! They also recently started the Postal Circus Delivered performances outside your home from a safe distance away! Look out of your window, relax in your yard, sit back and enjoy the show! They've created a dangerous ladder act that will defy the limits of your imagination! Chickens will soar through the air, the danger will progressively get more wild until there is are explosions of circus ridiculousness!

This Stream is brought to you by
Seaport Coffee & Fudge

Imagine Janis Joplin and Amy Winehouse reincarnated into one 15-year-old girl. Amelie is a self-taught musician who learned how to play guitar by watching YouTube videos. She has been playing in bars and coffee shops since the age of 11.

This Stream is brought to you by
Edgewater Grill

& Journey Through the Land of Lost Things

Nathaniel Allenby is a local performance and visual artist originally from Aurora, Oregon who has lived a unique life. He bicycled around Europe with his best friend in 2006 and found a passion for the art form. He spent 6 years pedaling over 28,000 miles across 10 countries and 30 states while honing his craft. After becoming a circus entertainment professional, he started his company Cirque Quirk to spread positive and inspirational messages through his shows. You can book his circus to have any kind of entertainer come to your event!

This Stream is brought to you by
Swings & Things

Raised in a small town in New England, music has always acted as a tool to come back to her heart space. Preis was innately rebellious as a young person, pushing the limits on life. With this, she found herself alone in her bedroom as a ‘punishment’, just her and her guitar. She taught herself how to play guitar and shortly after, began crafting lyrics into songs about love, hardships, and life. Now having stepped into her career as a songwriter, she currently writes music and lyrics for numerous advertisements, TV shows, films and other artists with True Makers Music Group in Los Angeles, CA

This Stream is brought to you by
Harbor House

This Stream is brought to you by
Village Hat Shop

Award-winning songwriter Justin Froese is known for his catchy songwriting, his collaborative spirit
and for a diverse palate of musical tastes. His mainstream sensibilities combined
with ten years of classical music study have resulted in the ability not only to cross genres,
but also in many cases, defy them. With impressive guitar skills and a smooth heartfelt voice,
audiences are always left uplifted and inspired.

This Stream is brought to you by
Hot Licks

Lucy Ray is a teaching artist, performer, and musician. When Lucy was four she declared she was going to be a clown and ever since then she has been following that path. She has done 3 tours with Spark Circus in Thailand and Burma. She has taught circus arts for social justice at camps for inner city kåids, and has used performance as a mode for healing on the Tijuana border, rural Costa Rica, Thailand, juvenile detention centers and in hospitals. Lucy, is always searching to sparkle the mundane and bring out the inner child in everybody!

This Stream is brought to you by
Swings & Things

Swimming in Circles is a San Diego-based indie alt band
formed by Eliza Rose Vera and Jack Robie Williams.
S.i.C. will take you on a waterslide ride of emotions
a fun time with some feels.

This Stream is brought to you by
Wind Song

& Movers and Groovers is a dance class

Movers and Groovers is a dance class for children ages 2.5 to 5. This explorative dance class will dive into the many different styles of dance from all over the world! Including Ballet, Jazz, Hip-hop, Salsa, flamenco and Bollywood! Through each week’s diverse adventure, Movers and Groovers works to establish a nurturing and creative environment for your child to explore self-expression, and imagination in movement while working to enhance body awareness, flexibility, strength, focus and self confidence.  Your child will flourish in our outrageously fun community of wigglers, shakers, movers and groovers!

Artist Bio: Nancy Ross has been performing in plays and musicals since before she knew how to read! She graduated from the University of Oklahoma where she received her Bachelor of Fine Arts in Musical Theatre. Since moving to San Diego in 2016, Nancy has worked as an educator of the performing arts in conjunction to being a professional performer in the area. Nancy runs her own preschool dance program\ The Movers, Groovers, Shakers & Peace Makers. Which she teaches in schools all around San Diego.

She is also currently an early childhood music enrichment teacher at Nightingale Music school, and a teaching-artist at Kalabash School of Music + the Arts where she directs handmade musical theatre productions for kids, as well as instructs voice, piano & tap lessons to private students of all ages. he also commonly performs in an 8 piece, all female Kate Bush tribute act - Baby Bushka

April 11 | 11am
In collaboration with The New Children's Museum, Seaport Village presents Studio by the Bay Family Days! 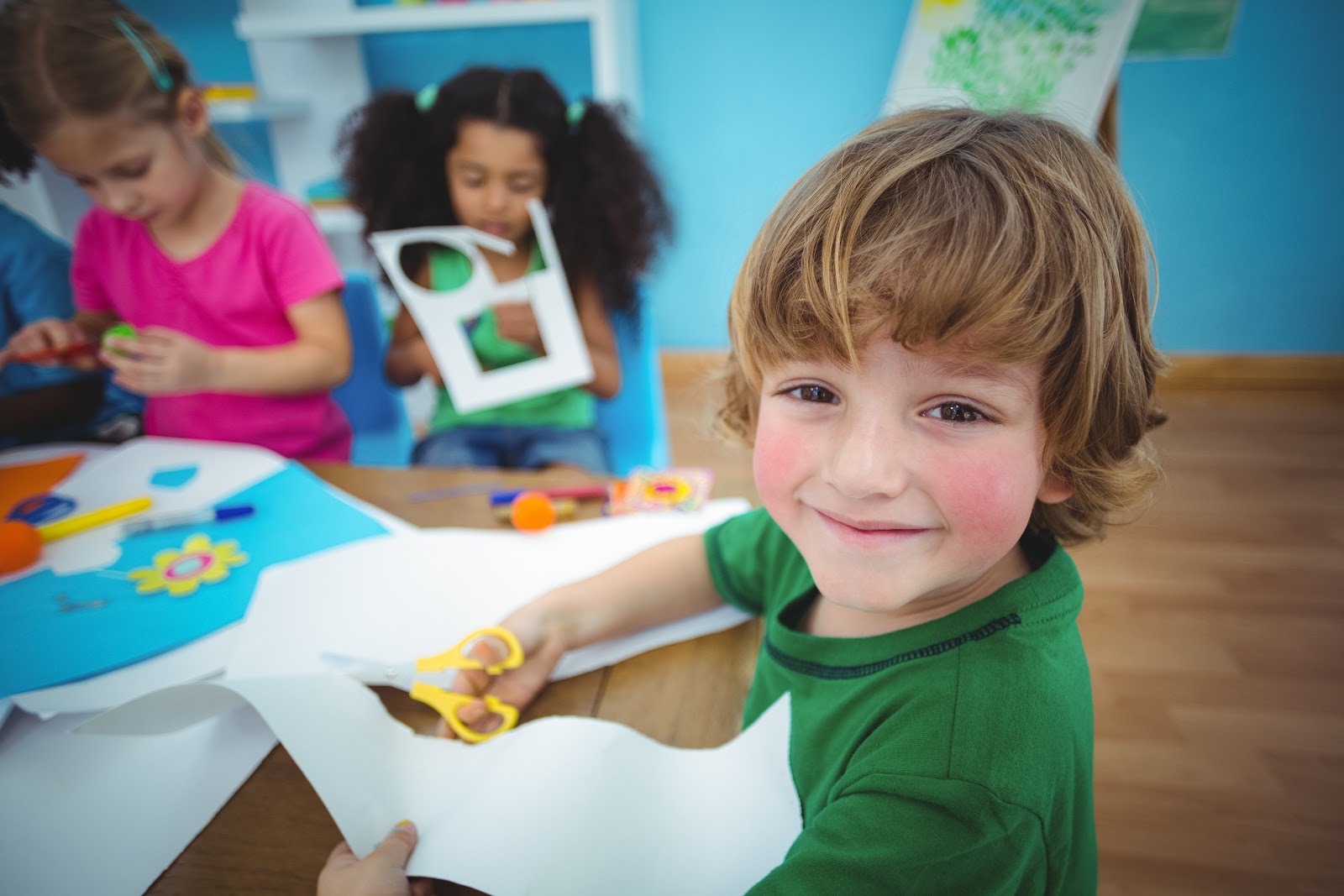 Funky Fish Eco Arts Class by Parachute Virtual Art
Grab some cardboard (or a piece of paper), a pencil, some markers, crayons, or even paints.
Then look around your house for some items that might go to waste.
Try using bottle caps, buttons, junk mail, yarn, or any other funky materials that will make your fish shine!
This is an engaging, all-ages art activity that celebrates the protection of vibrant oceans by considering waste management.

This Stream is brought to you by
​Margarita's Kitchen & Cantina

A San Diego native whose music is an improvised journey of real-time layered sounds and rhythms.
Utilizing only his voice and guitar, he creates vocal harmonies, layered chords, beatboxing, on the spot lyrics and soulful melodies.
Inspired by music from all over the world, Jesus paints a sonic picture made from all the sounds that inspire him.

This Stream is brought to you by
San Diego Burger Co.